"For Your Entertainment" Official Promo Video 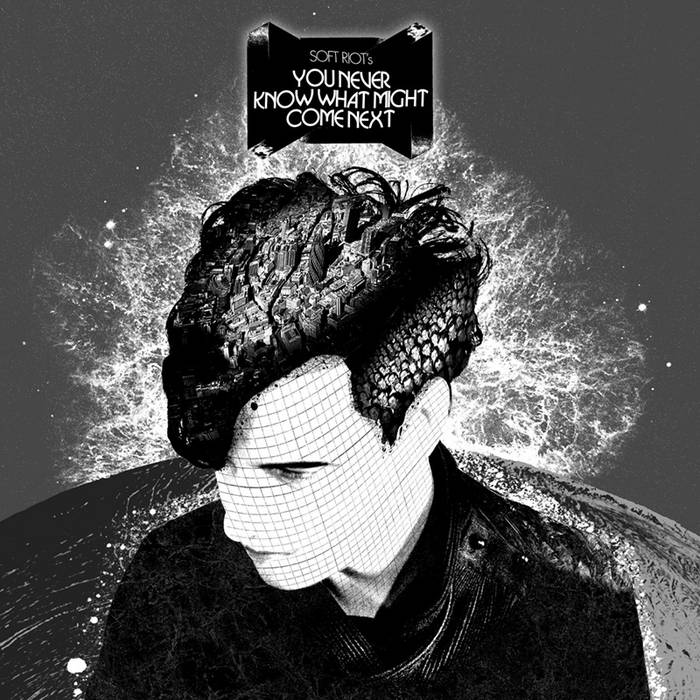 Soft Riot is JJD; a former Vancouverite who has clocked in around twenty years of musical output in various bands and projects, including first-wave post-punk revivalists Radio Berlin. Moving from Vancouver to London UK in the late 2000s, Soft Riot came into full being, having released a couple of acclaimed albums and EPs and staging numerous tours around Europe. Soft Riot has currently set up camp for the time being in Sheffield, a small UK city with a history of innovative synthesizer music.

Soft Riot, coming from a more punk rock pedigree, often places more focus than the norm on his lyrical content, bringing in detailed pictures and sometimes even linear narrative storylines to subjects such as modern living, technology, surveillance, environment, overpopulation, enlightenment, life elsewhere, forewarning about catastrophic events, vain people in gyms, and not having enough time.

You Never Know What Might Come Next is the third album by Soft Riot, further honing an atmospheric synth pop sound that was starting to be explored on the sophomore album, Fiction Prediction.

Soft Riot is a time gap, discreetly passing between the two worlds - one being the new age and the other a futuristic landscape, at the same time augmented by dystopian and utopian extremes - “zwischen die Elementen” - the world of today, a teaser with the scent of nostalgia, patiently exposing themselves in all of their synthetic beauty and the beast.

Albeit brutal, it doesn’t force itself per se. There is a hint of comfort in the soothing melodies, sparkling a trace of hope - in spite of life continuing regardless, trying to stay on its tracks, in an everlasting struggle between the primitive and the hi-tech.

The very title - “You Never Know What Might Come Next” is as threatening a warning, as it is a hint of a pleasant surprise; it raises questions, it makes you wonder, thus it’s succeeded in its mission to make you, the listener, a great part of it - helping signalling over its transmissions. Go as far as you can go!

Bassoon in “Mass Exodus” played by MM Lyle. A brief phrase from “Into The Labyrinth Theme” by Sidney (1981) appears in the track
“Mass Exodus”.

“The Speech” and “Your Back To The Stone” recorded and mixed by JJD at Studio 159 in Sheffield between December 2014 and March 2015.