"The Eyes On The Walls" Official Promo Video

The Outsider In The Mirrors 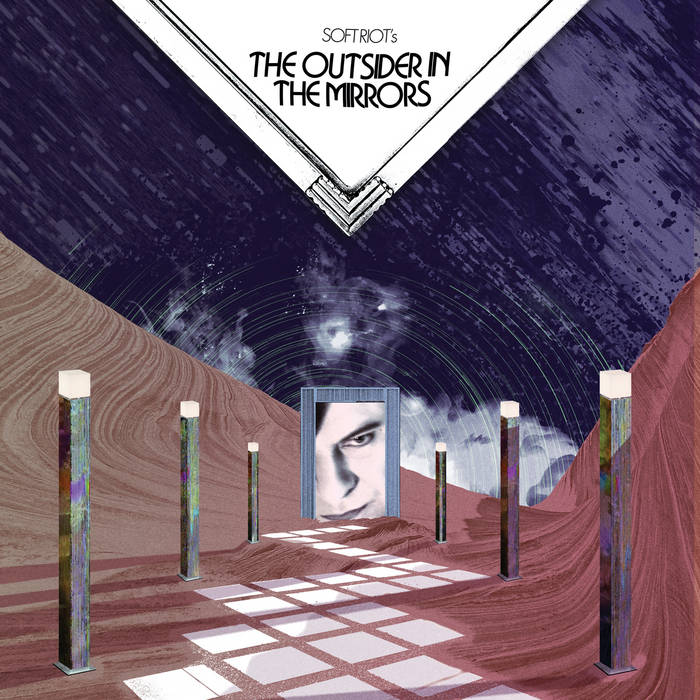 zeitungeist this is the shit! THE shit! :D

The Wave of Things

Soft Riot is the stylised musical alter-ego of JJD, Canadian by birth and an ex-resident of London and Sheffield, now based in Glasgow (so not unfamiliar with sites of post-industrial decay!). With over twenty years of playing in various post-punk and synth-punk bands, he has been crafting the sound of Soft Riot since the early turn of the decade, releasing a slew of albums across a multitude of labels and touring obsessively around Europe and beyond.

With “The Outsider In The Mirrors”, his sixth full-length, he has found a new home for his sound on Possession Records, a fledgling Glasgow imprint founded by JJD, Claudia Nova (aka Hausfrau) and Andy Brown (Ubre Blanca). Their aim is to bring together their pool of musical talents and provide a more permanent home for their future creative endeavours, whether it be music, video or otherwise and to experiment with what it is to be a “label” in the ever evolving 21st century. Future projects and releases will see them getting a select group of their peers and friends involved in Possession’s focused vision, locally or from further afield.

“The Outsider...” is a consolidation of all the stylistic elements Soft Riot has pursued in the past; the manic propulsive energy of “Waiting For Something Terrible To Happen”, the infectious, off-kilter dynamics of opener “The Eyes On The Walls” and the pulsing, elegiac synth washes of “The Saddest Music In The World”. Throughout the album Soft Riot fuses his maximalist sonic palette with a sharp-edged sense of post-punk anxiety, unique synth interplay and brooding, claustrophobic new-wave dread. Comparisons to musical kindred spirits like John Foxx, DAF, early Depeche Mode, Fad Gadget and Virgin-era Cabaret Voltaire would be analogous, but JJD is defiantly fusing these basic references into something highly idiosyncratic and personal.

The music on “The Outsider...” is evocative of an kind of nostalgic futurism, of a refusal to give up on a desire for the future (dystopic or otherwise) and the unpredictable nature of the urban situation. The music is tense, synthetic and precise, embodying and exploring issues of isolation, urban alienation and social paranoia. Yet despite these dark thematic preoccupations the Soft Riot sound is not without its warmth and humour. Wry and self aware without irony, the songs are hook laden, infuriatingly catchy and designed for dancing as much for static listening. It is a peculiarly Soft Riot take on the electro pop sound that will engross and captivate any adventurous listener.

Mixed by JJD at Studio 29 (Glasgow) and Berkeley 2 (Glasgow) in sessions between January 2017 and July 2017 with some assistance from Josh Longton.
Mastered by Josh Stevenson at Otic Mastering.

The track The Saddest Music In The World was influenced by the Guy Maddin film of the same name.