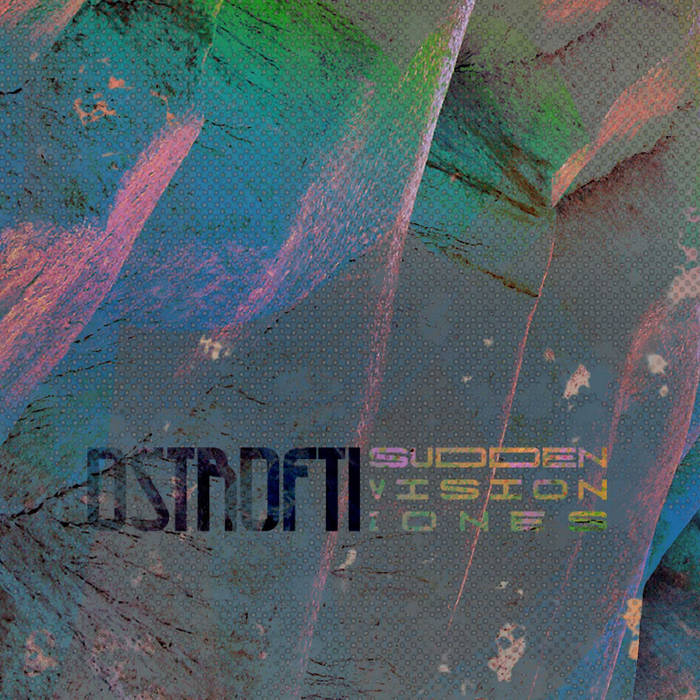 Sudden Vision Zones is a 4-track album by Ostrofti, a moniker used by Soft Riot — the former being a non-sensical anagram of the latter. The new alias is used for a realm within Soft Riot‘s over-arching compositional style — meandering soundtrack pieces that reach far into ambient, drone and soundtrack-influenced electronic music. Following the release of a somewhat similar album, 2020’s Chin Up by Soft Riot, all dials were directed to writing a proper follow up to the auteur synth-pop stylings of When Push Comes To Shove during the depths of the pandemic. However in the constraints of a timeless lockdown, other opportunities came up for interesting collaborations as well — including this release for the US imprint Meditape. This label is a new branch of Sanity Muffin, an American underground cassette label that has released an impressive amount of obscure cassette releases in the experimental, synth and ambient genres with recordings spanning around four decades.

Having released the Some More Terror album in 2014, Sanity Muffin requested a commission of music to be used on the new Meditape imprint, which specializes in meditation, new age and ambient music. The result of this was Sudden Vision Zones, a sprawling quartet of ambient worlds running close to an hour in length. Working with the focus of creating music that works with the purpose of the label, and with a personal distancing from more club-oriented tracks in the age of social distancing, the four tracks on this release were written, recorded and mixed within five days in August 2020. A number of different composition techniques were used more freely for this release, and with some distance from the actual Soft Riot name, including blind overdubbing, long-duration “round” melodies and usage of a number a different approaches to synth/sound design that felt more suited to style of this release than others. The overall recording is in similar territory to Some More Terror and Chin Up, but fizzling out the more tense elements of those two release, and diving deeper in dreamy, longing and meditative atmosphere.

Released on MediTape, part of the Sanity Muffin label family.