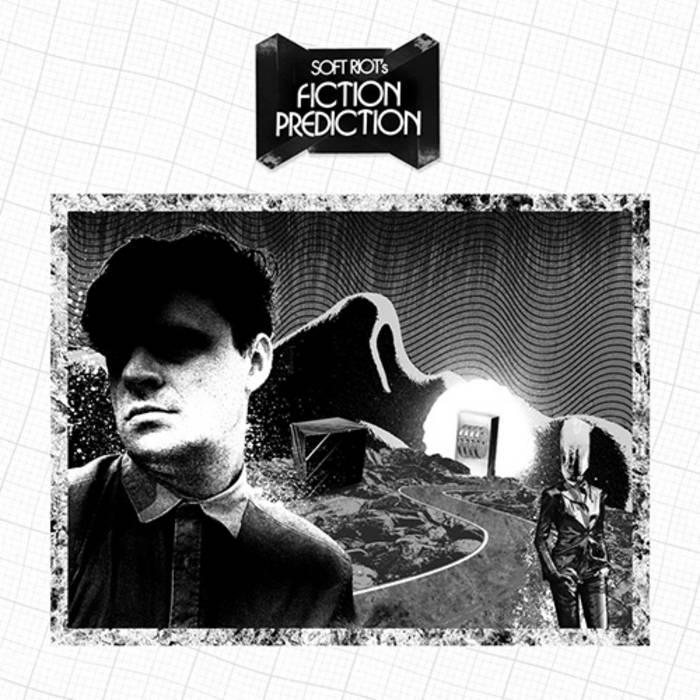 Skinjob Amazing work. My favorite weird electronic music in recent memory. Imagine early 80's Cabaret Voltaire mixed with recent John Foxx and the Maths or Wrangler. I know artists hate that kind of comparison, but understand in this case it's meant as extremely high praise.

Soft Riot is Jack Duckworth, a former Vancouverite now living in London who traces his musical beginnings to the vibrant underground art-punk/hardcore scene emergent across the Canadian and American west coasts in the mid-90s. Duckworth was among the fixtures in that community’s northern outpost before helping to consolidate the early outpourings of a larger pre-“synth/new-wave” revival with his band Radio Berlin alongside others like Black Mountain, Wolf Parade, Frog Eyes, etc, though his output has shifted at least a few degrees from that older sound. His move to London is at the heart of his ongoing personal maintenance; the new atmosphere and cultural dynamic giving fuel to Soft Riot, previously just a concept.

Fiction Prediction collects Duckworth’s latest material, recorded after the songs that populated his previous album/EP, No Longer Stranger (originally released on Panospria, the EP was expanded and released as an LP by Volar Records). A heavy dose of throbbing arpeggiated synths coupled with Duckworth’s ongoing romp through the annals of sci-fi film history keeps the album well grounded, minimal synths describing the parameters of his psychedelic soundscapes. Coming from a punk rock pedigree Duckworth brings an unusual focus on lyrical content to his music. In evocative detail, Duckworth builds images through song as he explores a range of disparate themes; modern living and overpopulation, technology and enlightenment, state surveillance and prognostication. These influences come less from other artists, and more from written fiction and cinema — a future predicted by fiction!

Track 1 originally released on the “Another Drone In Your Head” EP available through Tundra Dubs. Tracks 1, 2, 5, 7 and 9 previously released on the “Hyperbolic Masses” limited edition cassette in May 2012, which is no longer available. Less than 100 made with no digital release. Bonus tracks “Cinema Eyes (Extended Mix)” and
“The Commuters (Extended Mix)” are available in the digital and compact disc versions of this album.

Tracks recorded in sessions between Summer 2011 and Summer 2012 at Studio 10 and Studio 55 in London, England. Artwork by JJD. Mastered by Martin Bowes at The Cage Studios, Coventry, England, 2013. All artwork and design by JJD. Photo of Soft Riot by Del Jae. Live photo of Soft Riot by Greg Allan.