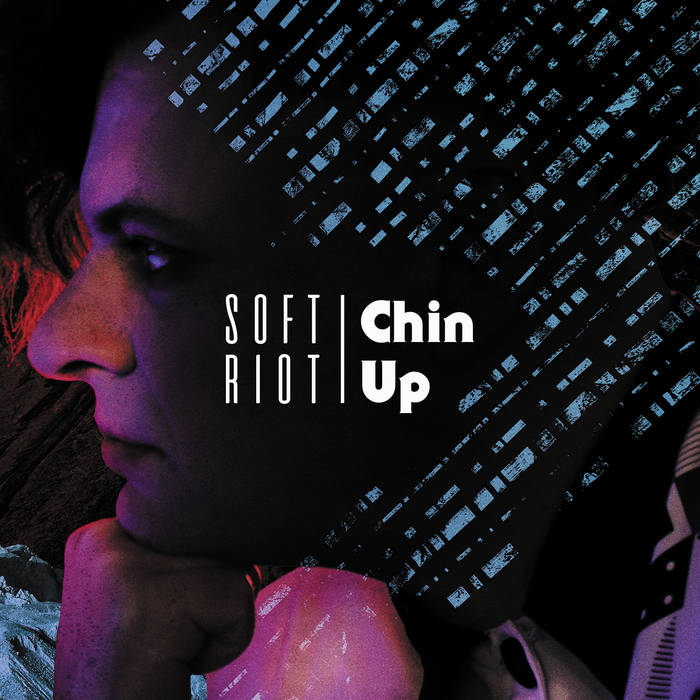 Merle's Room I've been listening to this album on repeat on good headphones and I'm finding it a salve and an inspiration. So many inventive uses of familiar instruments. Dazzling in its surface and its depths. I'm a passionate listener of Coil, Death in June, Planningtorock, and many other artists whose work belongs in such company, and this album really speaks to me from that field. Hoping for a live performance next year if the world becomes safer...

iamgoyagoya i tend to listen to the album as one continuous song of a duration of just over one hour.The different songs would be different moods/chapters all seamlessly following one another randomly or in order of the album, it doesn't matter. The production is excellent and the voices are mixed in just right alongside JJD's canny instrumentation. I'm a big fan of IV/An but i didn't know Adam Usi, (a nice discovery). Favorite track: Frost On An Eyelash.

The Wave of Things

Chin Up is the eighth album by Soft Riot and a unique one in the Glasgow-based Canadian artist's catalogue. Written mostly at the same time along with the material pressed onto his latest album, When Push Comes To Shove (Possession Records, Nov 2019) — it’s a very different sound, tying in more on a different trajectory of the artist’s output that includes 2014’s soundtrack styled album Some More Terror or even Soft Riot’s initial release, 2011’s No Longer Stranger.

Chin Up contains 11 tracks of what might be loosely described as “ambient synth pop” with a running time of almost an hour. It is in a way a mirror release to When Push Comes To Shove as both records share the same approach to composition, sound design and production techniques but with different results. When Push Comes To Shove, being a milepost in Soft Riot’s main timeline of experimental, auteur synth pop, provides the extrovert side of JJD’s artistic output — an active listen that sounds suitable in a club or other energetic environment. Chin Up is a reflective mirror to these qualities; being the darker introvert counterpart, in a more sporadic, alternative timeline — a passive listen more suitable for the depths of the night after the everything has closed, alone in your apartment.

It’s a very personal release, written in the late night hours as an escape from the trappings of things like culture, scenes, political calamity, information overload, existential dread and the confines of what is considered synthesizer pop music. Its genesis is rooted in a feeling of endless grey malaise, especially in the record’s long and labyrinthine feel — but then taking that initial idea and expanding its colour. There’s a fine balance that’s carefully engineered throughout the record; a balance between creeping dead, melancholy and a sense of finding a moment to rest and internal resolve.

The result is a record full of large cavernous spaces where all of the instruments are placed with careful distance in that space. It’s synth pop shifted into new bearings, where styles of ambience, drone and soundtrack-influenced ideas make themselves the foremost presence.

"It's a chance to rest, reflect and to let my mind wander into spaces devoid of people. To me it’s a very emotional record, although in way that only some people will get."

Much like Chin Up’s partner album, When Push Comes To Shove, Soft Riot carries on his concept of déjà vu, inserting purposefully places music and lyrical objects with the tracks that have been used before.

All tracks recorded and mixed by JJD in sessions from October 2018 until February 2020 at Studio 75 and Studio Carillon in Glasgow. Final mixing in February 2020 during Storm Dennis. Mastered by Josh Stevenson at Otic Mastering.